How I got started in Graphic Design and Web Design - Natasha Lane Design Co.
Skip to content

Going into graphic design wasn’t my dream. When I was in high school, I took Theater Arts. I did this because public speaking was one of my biggest weaknesses. I’m the type of person that likes challenges. If I know I have a weakness, I want to know if it’s possible to improve it. While I was in Theater, my script was chosen as a group project and I became the Director of my team. That’s when I knew I wanted to become a Director.

Then, later in the semester, my friend needed a video edited. I said I would help her, so I hooked 2 VCRs together and my karaoke machine, to edit clips and music together to create a short video(I tinkered with machines a lot when I was little, it’s probably why I ended up being forced to join an Engineering program every summer in high school.) Her class loved the video, and I decided right then that I would become a filmmaker.

I went to the University of North Texas and majored in Radio/TV/Film. Unfortunately, when I finished school there weren’t a lot of job opportunities. Since my friend worked at a hotel, she got me a job there. I started as the operator, moving to the front desk in less than a month, and then being promoted to the Accounting Department.

Fortunately, I always had a part-time job in my field. I worked for a local television network for 2 years before they went bankrupt. Then, I interned with a studio that specialized in photography and videography for a year after that. I also worked on a seasonal film, doing videography, script revisions, and casting sessions.

My husband joined the Navy and when he was stationed in San Diego, I followed him. I thought I would have a lot of job opportunities, but it was worse than Houston.

I went on a lot of job interviews and didn’t receive any offers. Since I’m the type who gets annoyed sitting at home doing nothing, I started to look for volunteer opportunities. I found a non-profit organization that was looking for a video editor.

After interviewing with them, I received the position. I edited videos for them, and recorded their meetings and uploaded them onto YouTube.

While I was volunteering, my colleague told me about San Diego Continuing Education. They offer a lot of different certificate programs and different short-term classes for FREE! The certificate my colleague recommended was the Interactive Media Certificate Program (IMCP).

At first, I wasn’t interested. I already had a Bachelor’s degree, so why do I need a certificate (You can say that I was being a little snooty or arrogant). In the end, I was so bored at home and wanted to learn After Effects, so I signed up for the orientation.

When I went to orientation, I found out it was a big commitment. It was 9 months, 25 hrs a week (15 hrs in class and 10 hrs online), and you can’t have that many absences.  You also had to have some experience with Photoshop, Illustrator, and InDesign. I had zero experience.

The only reason I joined the program was that, in the end, I saw the portfolio’s of previous students and I thought, “I really want to do this.” I’m really glad I went, even though I wasn’t completely interested because it changed my life.

After I finished with the Interactive Media Certificate program, I fell in love with the web design section and ended up going for the Front End Web Development (FEWD) program to go beyond the basics.

Making the leap into freelancing

I always dismissed the thought of becoming a freelancer. I was planning to start looking for a job as a graphic designer full time working for someone else for the rest of my life.

While I was on the web design module (the last module) for IMCP, an email popped up about a survey from Elle & Company, a graphic design site that I like to follow. I meant to do the survey but forgot about it, so I was happy that Lauren emailed me a reminder to fill out the survey.

The survey was about a new course that she was thinking of starting about teaching creatives how to create their own freelance careers. I read through the program and gave my opinions.

Then, I was selected to get a discount to start the program if I enrolled early. At first, I wasn’t interested and I had never spent money on courses online, nor did I plan to. Then I thought about it more. I was really curious about the program because it seemed like something I wanted to learn.

Please log in again. The login page will open in a new tab. After logging in you can close it and return to this page. 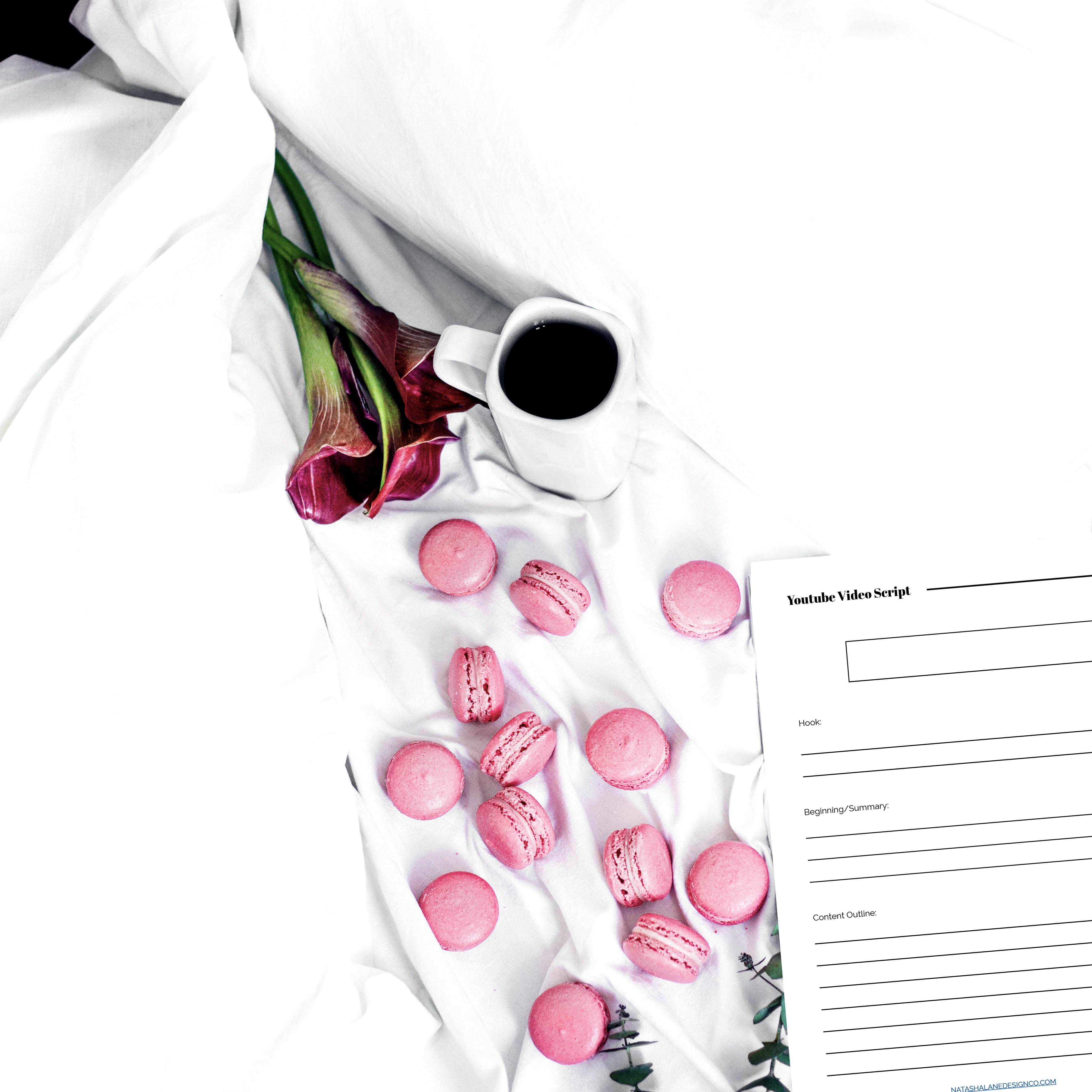 ​Get confident on YouTube with your FREE script template.

When you sign up, you'll also join 'On Wednesdays, We Go Rogue' where you'll receive weekly YouTube, branding, Wordpress, and business tips and VIP discounts and promotions delivered straight to your inbox along with access to the Go Rogue Library.

on Wednesdays, We go rogue!

Get weekly YouTube, business, branding, and Wordpress tips and VIP discounts and promotions delivered straight to your inbox along with access to the Go Rouge Library.